Arsenal striker Eddie Nketiah has put pen to a new contract at the club. The England player has signed a new five-year deal to commit his long-term future to the Gunners. The 23-year-old would have been a free agent at the end ofthis month. He had a few weeks left on his previous Arsenal contract before the new deal was confirmed by his North London club on Saturday. 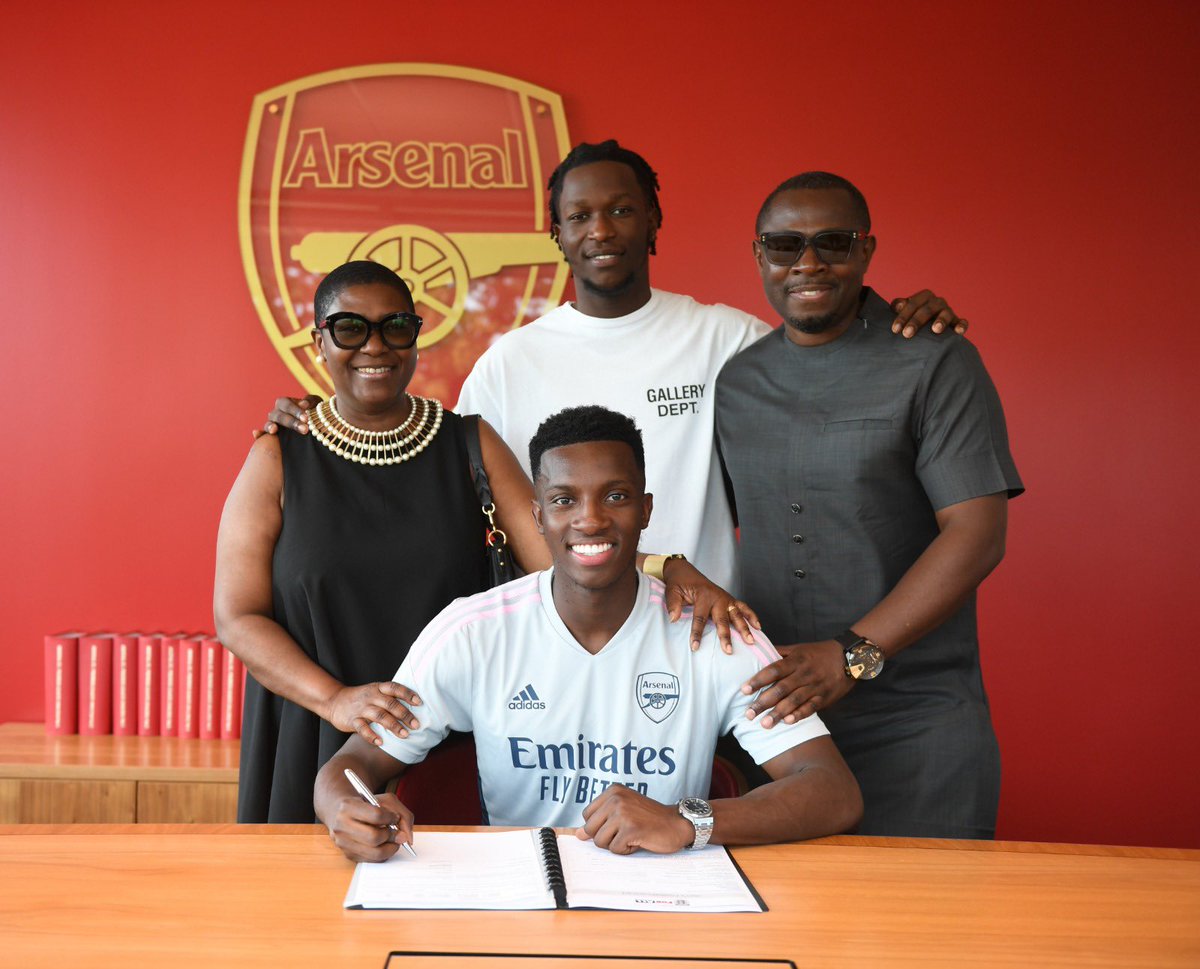 Former England junior international Nketiah has scored 23 goals in 92 games for Arsenal in all competitions since his debut five years ago. He has been rewarded with a new Arsenal contract after finishing the latest Premier League season with a lot of goals. He started the last eight Arsenal games, scoring five goals in the process.

On the new Nketiah deal, Arsenal manager Mikel Arteta is delighted the England striker is staying and that he represents what Arsenal are all about and all the values associated with the club.

Nketiah has been given the number 14 jersey previously worn by club legend Thierry Henry, Theo Walcott and Pierre-EmerickAubameyang. Retired Gabonese international Aubameyang was the last recipient of the jersey number before his move to Spanish La Liga side Barcelona in January.

Nketiah made his debut for the Gunners as a substitute during the League Cup clash with Norwich City in 2017. He scored twice after coming on to propel his team to a 2-1 win over Norwich City. The England player was part of the Arsenal squad that won the FA Cup and the Community Shield in 2020.

On Nketiah, Arsenal technical director Edu added that the Englishman has shown the attitude and ability to be a top player. His signing of a new contract is part of the squad planning for the new season as revealed by the Arsenal official.